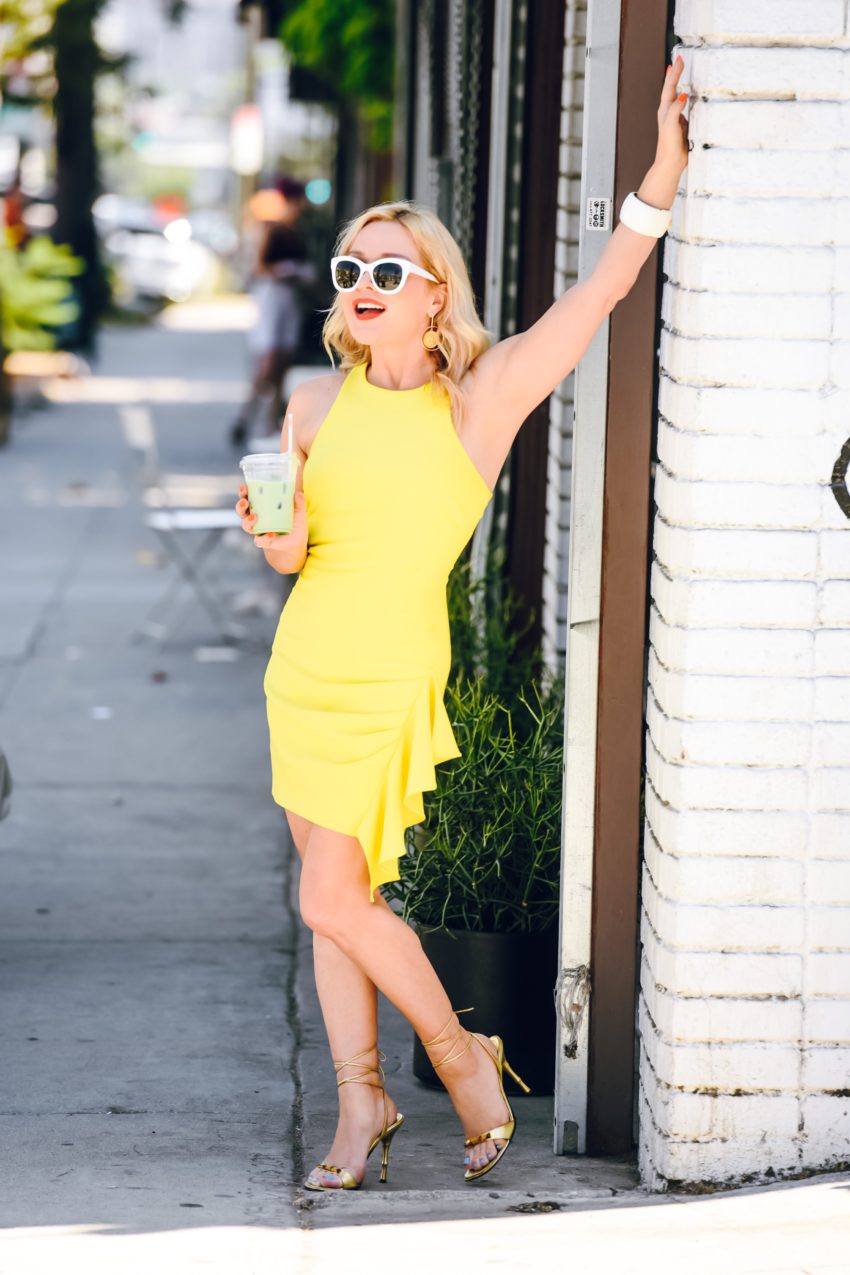 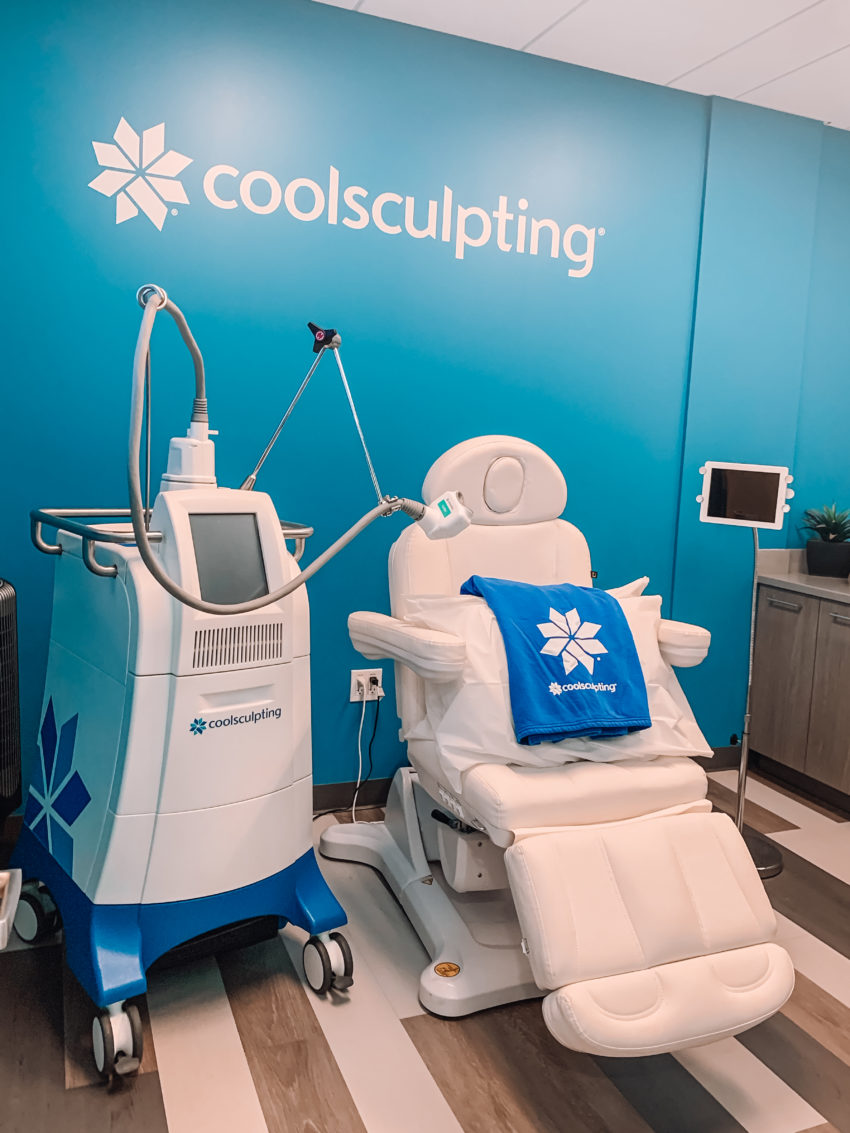 This post is sponsored by CoolSculpting® but all opinions are my own.

Living in LA, there is a very obvious and heavy pressure on maintaining a certain standard of appearance. After I gave birth to my son many years ago, I was far too overwhelmed with becoming a mother to concern myself with getting my mid-section back to what it previously was (not that it was ever perfect). As a new mom, I didn’t have the time to spend at the gym, and I would
never consider any kind of invasive procedure. 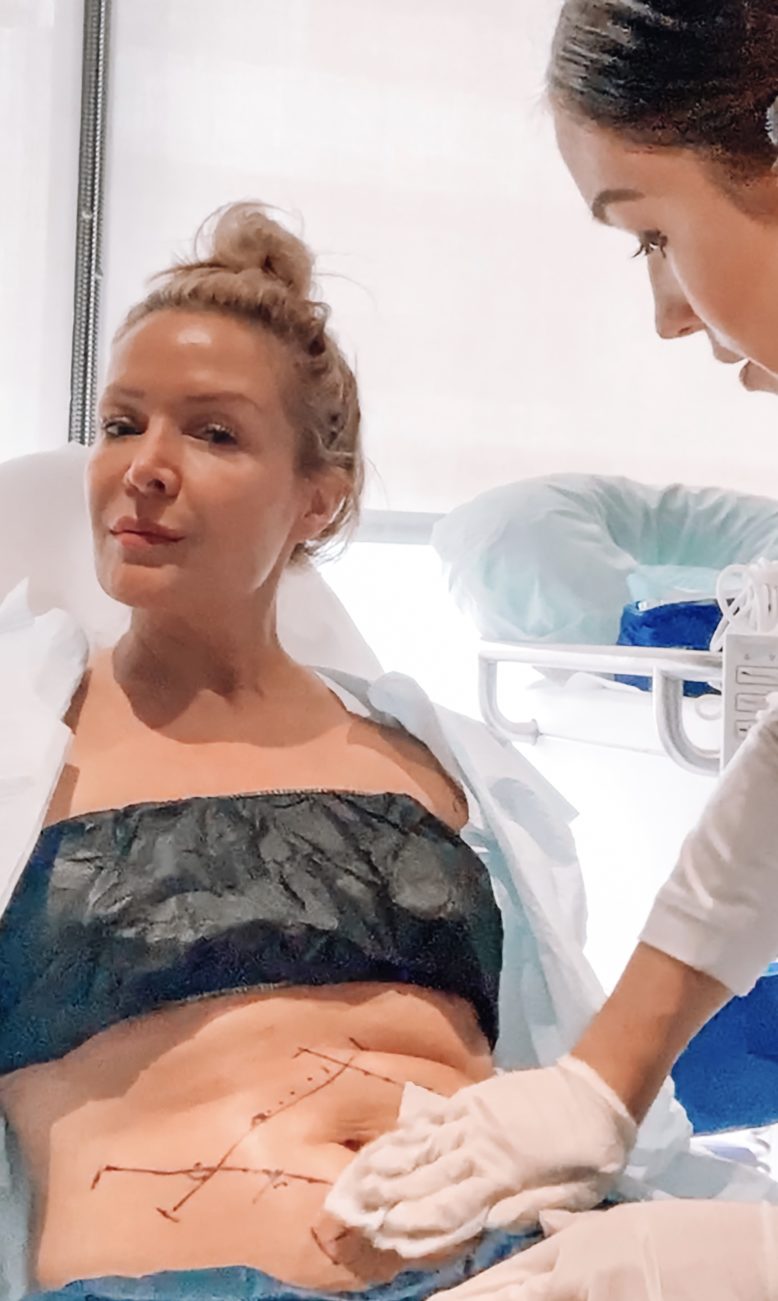 Last year I was introduced to CoolSculpting®, a procedure that freezes fat cells, through a process called cryolipolysis. When fat cells freeze, they die and are then gradually and naturally eliminated through the body. I had two sessions done five weeks apart on different parts of my abdomen, and after several weeks, I definitely noticed a difference and immediately became a huge proponent of
the treatment. 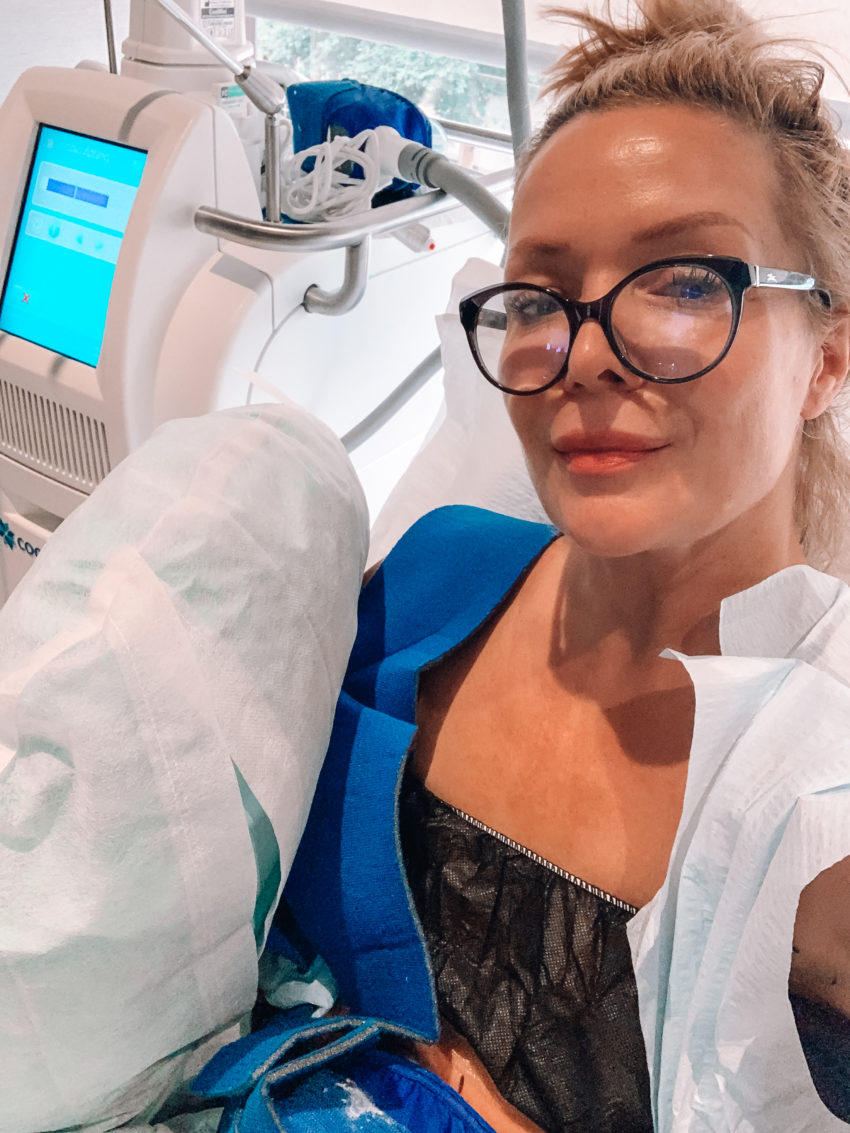 When I was offered an opportunity to become a CoolSculpting®ambassador, I leapt at the chance! Along with 7 other influencers, I visited the CoolSculpting® headquarters in Northern California for a deep dive into the science behind the treatment. CoolSculpting® was discovered when a child in the 70’s held a popsicle against the inside of her cheek and got a dimple. Forty years later, this concept spurred the innovation of the technology that isolates fat cells and kills them with extreme cold! 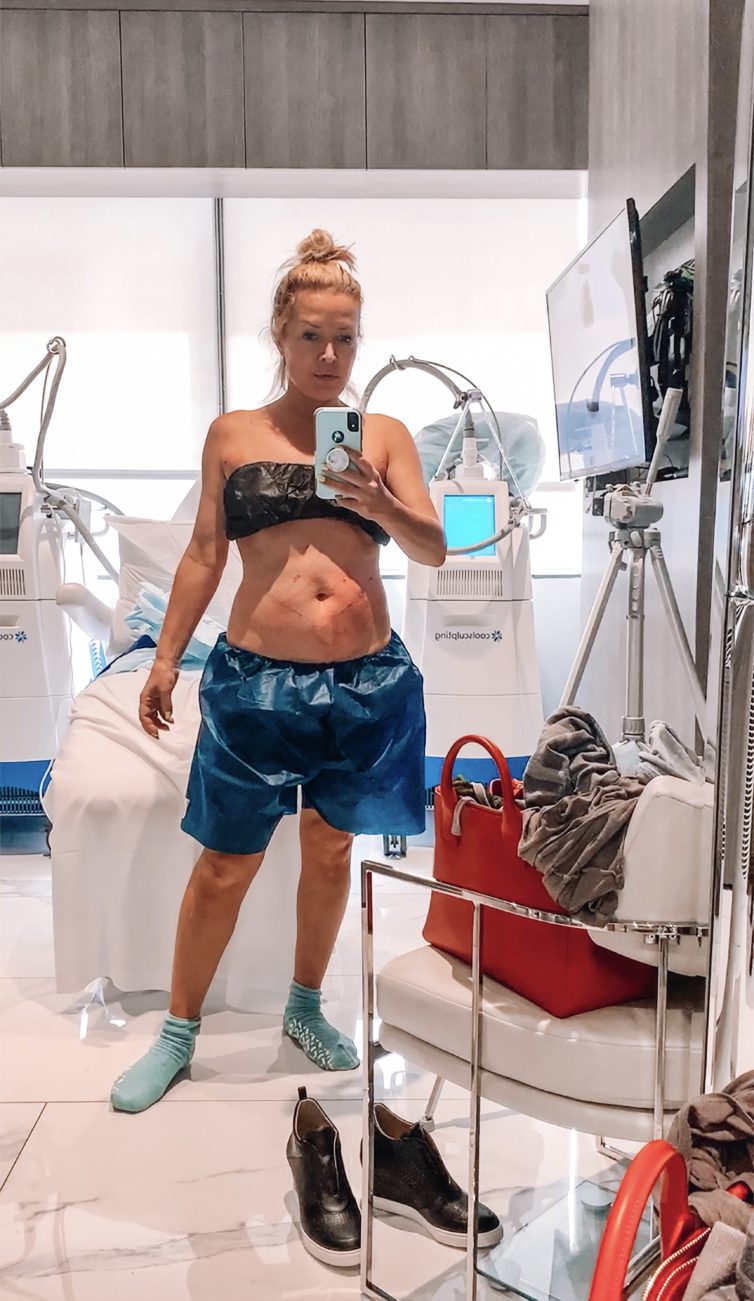 I worked with an experienced medical office to have two rounds of CoolSculpting® done with 6 weeks in between the two treatments.  The treatment lasts about 35 minutes per area. My treatment was personalized to my body, focusing directly on my abdomen and bra fat areas. CoolSculpting® is FDA cleared for the treatment of visible fat bulges in the submental (under the chin) and submandibular (under the jawline) areas, thigh, abdomen and flank, along with bra fat, back fat, underneath the buttocks (also known as banana roll) and upper arm. It is also FDA-cleared to affect the appearance of lax tissue with submental area treatments. Having done it before, I knew what to expect, but you never really get used to the very foreign numb feeling that happens during the treatment as well as for a few weeks after. I also experienced an intense stinging immediately after the applicator was removed from my bra fat area, but it was fortunately very short lived. Every patient’s experience is different, and it’s important to consult with your provider should you experience these symptoms. 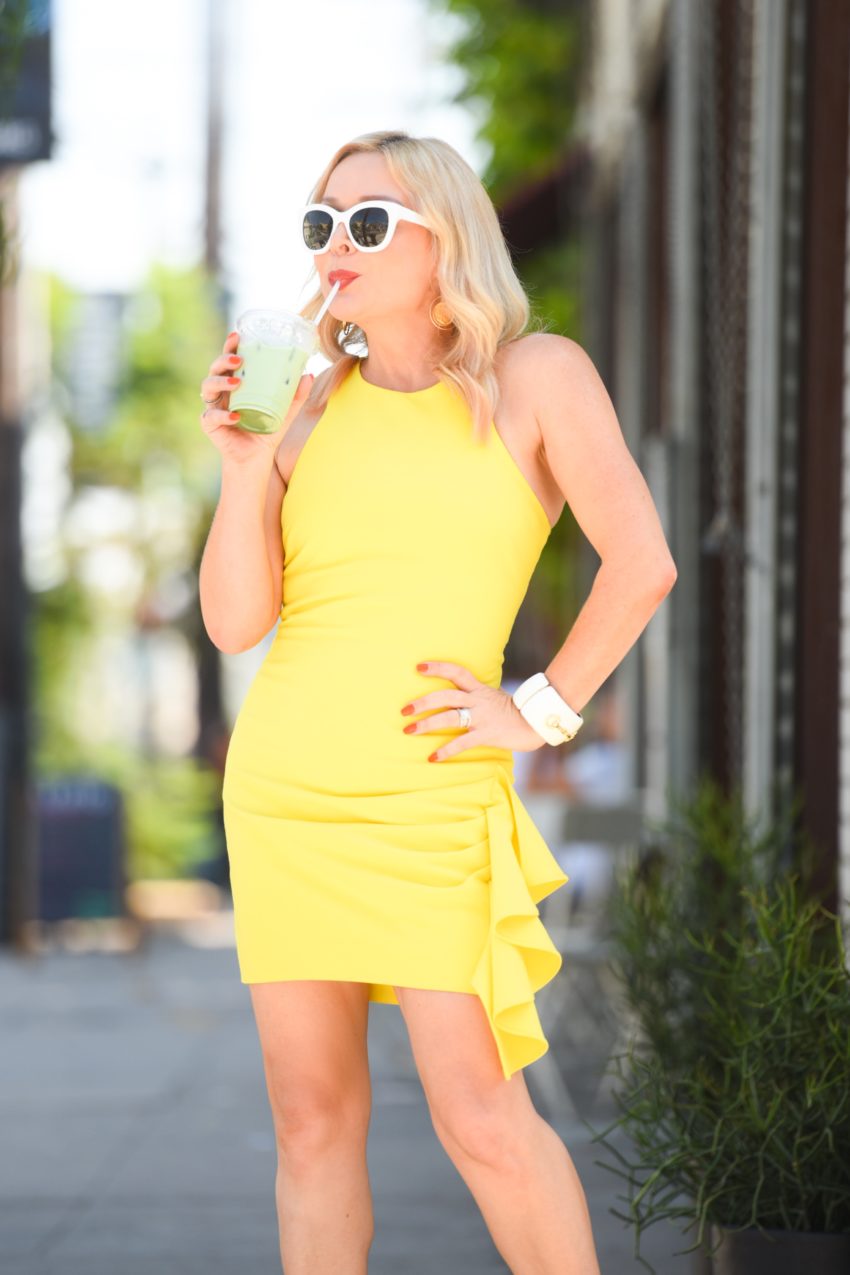 My doctor is still determining whether I’ll need a third round of treatment, but I already have noticed such a difference and my doctor thinks I may be good with two. I’m looking forward to seeing the final results and sharing them with you in the very near future! For more information and to find a provider near you, so you can talk to a doctor about a treatment plan that’s right for you,
visit CoolSculpting.com!

In the meantime, please check out the behind-the-scenes of my CoolSculpting® session on YouTube.

See below for Uses and Important Safety Information for CoolSculpting.

The CoolSculpting® procedure is FDA-cleared for the treatment of visible fat bulges in the
submental (under the chin) and submandibular (under the jawline) areas, thigh, abdomen and
flank, along with bra fat, back fat, underneath the buttocks (also known as banana roll) and
upper arm. It is also FDA-cleared to affect the appearance of lax tissue with submental area
treatments. The CoolSculpting® procedure is not a treatment for weight loss.

Tell your doctor if you have any medical conditions including recent surgery, pre-existing
hernia, and any known sensitivities or allergies.

During the procedure you may experience sensations of pulling, tugging, mild pinching, intense
cold, tingling, stinging, aching, and cramping at the treatment site. These sensations subside as
the area becomes numb. Following the procedure, typical side effects include temporary
redness, swelling, blanching, bruising, firmness, tingling, stinging, tenderness, cramping,
aching, itching, or skin sensitivity, and sensation of fullness in the back of the throat after
submental or submandibular area treatment.

Rare side effects may also occur. CoolSculpting® may cause a visible enlargement in the treated
area which may develop two to five months after treatment and requires surgical intervention
for correction. 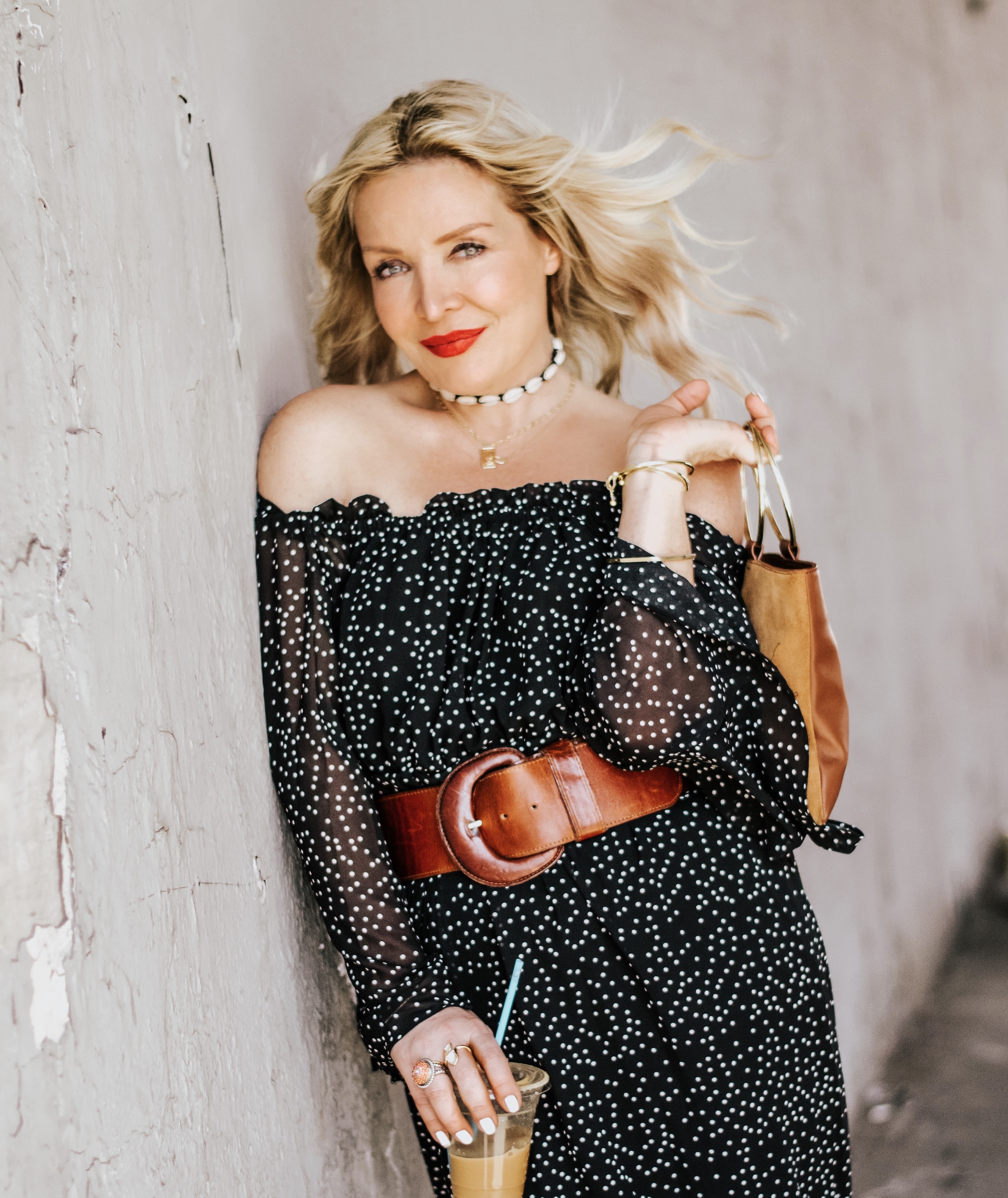 Allowing A Little, Okay A Lot, Of Purple Into My L

Sure, everyone loves a party: champagne, cake, con

Stocking Up On The Cutest Winter Essentials From L

Feeling All The Love - My Kid, Cruising & Cute, Co

Allowing A Little, Okay A Lot, Of Purple Into My L

Sure, everyone loves a party: champagne, cake, con

Stocking Up On The Cutest Winter Essentials From L

Feeling All The Love - My Kid, Cruising & Cute, Co

To Say Im Obsessed With This Dress Would Be A Majo

Layers Because It’s Winter But Shorts ‘Cause I

Memories Of My Holiday On The High Seas With @cele

Jet Lagged & Exhausted From All The Dancing, Laugh